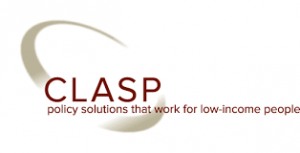 With contributions from Wendy Cervantes, Hannah Matthews, and Rebecca Ullrich

Why does the impact of immigration policies on young children matter? Why does it matter for child care and early education providers?

CLASP decided to conduct this research at the beginning of 2017, after the Trump Administration announced a series of executive orders that dramatically ramped up our nation’s immigration enforcement capacity and effectively made every undocumented immigrant a priority for deportation. We know from a growing body of research that harsh immigration policies create a climate of fear and threaten the basic foundations that children need to thrive, b few studies have focused specifically on very young children, who are in a particularly formative period of development and in need of positive, supportive relationships with trusted adults and consistent access to safe housing, nutritious foods, adequate clothing and diapers, and medical care.

Our interviews with parents and early care and education providers confirmed that while young children may not be the targets of immigration policy, they are vulnerable to the harmful consequences. The threat of enforcement keeps families isolated in their homes and deters them from sending their children to school and to child care. Increased enforcement also leads some immigrant families to refuse medical or nutrition services for their children; to transition into lower-paying, informal employment; and to make dramatic changes to their living arrangements—all in an effort to avoid enforcement actions. Children are left wondering what will happen if the people they love most are taken away from them forever.

Decades of developmental research tells us that stress and instability is bad for kids, especially in the early years. When children’s basic needs are not met—or when hardship or distress destabilizes their environments—their growth and learning is undermined, with the potential for long-lasting effects. What’s more, we know that multiple types of adversity (for example, having low household income, unstable living conditions, and too little food to eat) do far greater harm to children’s long-term development than simply adding up the effects of each individual risk factor.

Child care and early education providers are on the front lines in combating the effects of this kind of toxic stress on young children. Research shows that a safe, nurturing environment with trusted caregivers can act as a buffer when everything else in a child’s world is uncertain, but child care and early education providers must be equipped with the right knowledge and skills to meet the needs of children in immigrant families and to connect their parents to useful information and resources. Our conversations with providers revealed that, while all of them were eager to support the families in their programs, many felt ill-equipped to meet immigrant families’ needs in the current climate.

What does the latest research tell us about how many children are impacted? How many providers are in immigrant families themselves?

Recent estimates suggest there are more than 9 million children under age 8 with one or more immigrant parents in the United States—that’s 26 percent of all young children. The majority of these kids are U.S. citizens, and many have parents with some form of legal residency. Children with undocumented parents make up a smaller subgroup of children in immigrant families but they are among those most vulnerable to the consequences of harsh immigration policies, including losing a parent to deportation.

However, something we learned in our research is that it’s not just children with undocumented parents who are stressed and afraid in the current policy climate. We heard stories of children whose parents have legal permanent residency—some even U.S. citizens—who were worried about their loved ones being “taken.” One home visitor, who was a naturalized U.S. citizen, described her 8-year-old son ticking off each of his family members to confirm they were safe from deportation. A Head Start teacher said a 4-year-old girl whose mom is a U.S.-born citizen told her that President Trump wanted to send her mom back to Mexico. Other providers we talked to said it seemed like children in their classes were behaving differently, describing them as less engaged and quieter than classes in years past.

One of the early childhood field’s strengths is the diversity of its workforce—many programs prioritize hiring staff that reflect the communities they serve. This was certainly true of the programs we visited. Many of the providers we talked to were immigrants themselves, or they worked alongside immigrants and refugees. Several programs employed Deferred Action for Childhood Arrivals (DACA) recipients who were worried about their ability to continue working and going to school following the president’s decision to terminate the program in September of 2017. Nationally, 18 percent of child care and early education workers are immigrants according to the most recent data. An estimated 40,000 DACA recipients work in the education, health, and social services industries, which include nurses, K-12 teachers, and early childhood educators.

What have we learned about the effects of immigration policy on early care and education?

We learned that many early childhood providers are doing an incredible job attempting to meet the complex needs of immigrant families, but not without challenges. First, the immense fear that families are experiencing under the current immigration policy climate makes them hard to reach. Providers told us they experienced significant drops in attendance after certain “key moments,” like the election, the presidential inauguration, and real or rumored enforcement actions in the community. Some have struggled to recruit and enroll new clients as well. One pre-kindergarten program said they received almost 100 fewer applications in the spring of 2017 compared to the year before.

Many providers connected the decline in attendance and new enrollment with a lack of transportation options. They said families are limiting when, where, and how far they drive, and many are worried that they may encounter immigration agents or local police while bringing their child to or from child care. Providers are also struggling to connect families to services like nutrition assistance and Medicaid because of their fear that participating will result in immigration consequences.

Providers also told us that families’ needs in the current immigration context fall outside their areas of expertise, and they feel unprepared and ill-equipped to support them. Many weren’t sure where to turn for accurate, up-to-date information on immigration policy changes. Some had existing partnerships with immigrant-serving or legal aid organizations to fill this gap, but not all. Providers who worked the closest with parents and family members—often family support workers and home visitors—reported feeling especially worried and overwhelmed by how difficult their jobs have become. Multiple providers told stories of being asked by parents to consider accepting guardianship of their children if they were deported. “What is the best answer for them?” one home visitor asked us. “To say yes because I really want to take care of them?”

On top of this increased professional stress, many providers are personally affected by immigration policy changes. Multiple program directors described how challenging it is for members of their staff to work with families who are being impacted by immigration while their own family members or friends are affected as well. Some staff members, like those we mentioned previously with DACA status, are facing incredible uncertainty in the current climate.

What policies and regulation changes should early care and education funders be aware of?

Public charge. The first is “public charge,” a term used by U.S. immigration officials to refer to a person who is considered primarily dependent on the government for subsistence. Certain immigrants can be denied entry into the United States or a green card (lawful permanent residence) if, based on an assessment of relevant personal, educational, financial, and familial circumstances, they are deemed likely to become a “public charge” in the future. Under current policy, immigration agents may consider receipt of cash assistance (like Temporary Assistance for Needy Families—TANF—and Supplemental Security Income—SSI) or government-funded long-term care as part of the the public charge determination. Some immigrants, such as refugees, asylum seekers, and victims of serious crimes, are not subject to the “public charge” test.

The U.S. Department of Homeland Security (DHS) plans to propose regulations that dramatically alter longstanding policy about the meaning and application of the “public charge” provisions in immigration law. A recent draft—leaked by the Washington Post on March 28—would greatly expand the benefits that could be considered in determining whether a person is likely to become a “public charge”. Immigrants’ use of programs related to their health and wellbeing—or that of their family members, including U.S. citizen children—could be included in deciding whether to grant an extension or a change in a temporary nonimmigrant status or lawful permanent residence, ultimately affecting an immigrant and their family’s long-term stability.

The new “public charge” determination would include use of programs and services like Medicaid; the Children’s Health Insurance Program (CHIP); the Supplemental Nutrition Assistance Program (SNAP); the Special Supplemental Nutrition Program for Women, Infants, and Children (WIC); the Earned Income Tax Credit (EITC)l; and federal programs that offer housing and energy assistance. These programs provide critical assistance to families and keep children healthy, fed, and housed—but low-income children with immigrant parents are already less likely to receive them. Policies such as those outlined in the draft proposed rule are intended to discourage hardworking people from immigrating and to further deter immigrant families, most of which include U.S. citizen children, from seeking help when they need it.

CLASP is preparing to fight back against this proposed rule with partners through our Protecting Immigrant Families, Advancing Our Future campaign. For information about the campaign, see https://www.clasp.org/protecting-immigrant-families-campaign-resources. Please contact us to learn more about how funders can get involved, including through the public comment process.

Sensitive locations. The second policy we’d draw early care and education funders’ attention to is the “sensitive locations” policy under DHS, which limits immigration enforcement actions in certain locations deemed “sensitive” such as churches, hospitals, and schools. Few of the providers and parents we spoke with during our interviews realized that the DHS definition of “schools” also includes early childhood programs—specifically known and licensed child care programs, preschools, pre-kindergarten programs, Head Start programs, and other early childhood education programs. Consequently, most of the programs we interviewed did not have specific internal policies related to what they would do if immigration agents tried to enter their facility and didn’t know whether they would be compelled to let immigration officials into the building.

Alarmingly, we heard of several incidences of parents being apprehended by immigration agents near early care and education programs. For example, we learned of a father in New Mexico who was arrested while he was walking his 4-year-old daughter into her child care center. His 7-year-old son witnessed the arrest from the car. A child care director said ICE agents were waiting for parents in the parking lots of schools in her district and serving them with papers as they dropped off their children. These stories echo media reports from around the country of parents being apprehended in hospitals and outside their children’s schools, raising concern that immigration agents may not be consistently enforcing the policy.

We encourage funders to speak out on this issue and to raise the importance of protecting places like child care centers, preschools, and other programs that are critical to children’s health and safety from immigration enforcement. We also encourage funders to disseminate information about the existing policy and its application to early care and education providers. A fact sheet is available on CLASP’s website at https://www.clasp.org/publications/fact-sheet/sensitive-locations-fact-sheet. It is also available in Spanish.

What can funders do? How can they stay connected to the issue?

The findings from our research were reflective of six local communities. While there were many commonalities across localities and we feel they are descriptive of a larger national crisis, additional research is needed to investigate the consequences of immigration policy changes on young children and their caregivers across the country. Funders should consider investing in a comprehensive research agenda in their state or community.