Funder Q&A with Robert Shull of the Public Welfare Foundation 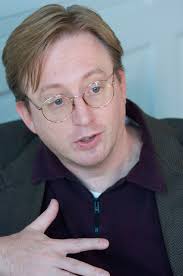 The Public Welfare Foundation supports efforts to advance justice and opportunity for people in need. These efforts honor the Foundation’s core values of racial equity, economic well-being and fundamental fairness for all. The Foundation looks for strategic points where its funds can make a significant difference and improve lives through policy and system reform that results in transformative change.

Robert (Bob) Shull is the Program Director of the Workers’ Rights division at the Public Welfare Foundation. We chatted with him recently about how issues facing low-wage workers intersect with the current debate concerning and action on immigrant families.

Tell us about Public Welfare Foundation’s mission and key strategies.

The Public Welfare Foundation supports efforts to advance justice and opportunity for people in need. These efforts honor the Foundation’s core values of racial equity, economic well-being, and fundamental fairness for all. The Foundation looks for strategic points where its funds can make a significant difference and improve lives through policy and system reform that results in transformative change. We currently have three programs: Criminal Justice, Youth Justice, and Workers’ Rights.

Our Workers’ Rights Program supports groups seeking policy and system reforms to improve the lives of low-wage and vulnerable workers, with a focus on securing their basic rights to safe, healthy, and fair conditions at work. A core strategy for the Program is to support the development of durable advocacy infrastructure, with an array of national groups leading the way on federal support and providing support to coalitions of advocates in select states. The hope is that, in the course of funding work on targeted issues, we can foster the development of year-in, year-out, year-round advocacy capable of advancing not just those issues but other issues as they arise or windows of opportunity open.

What are some of the issues facing low-wage workers and their families that you are most focused on?

Two issues in particular have been long-term commitments for the Workers’ Rights Program. I’d say they speak to the most fundamental expectations of work: that you will put some money in your pocket and come home alive, well, and in one piece so that you and your family can benefit from your position as an employee.

One issue is wage theft. Wage theft is basically an employer’s failure to pay workers fully (or at all) the wages to which they are rightfully entitled. It takes many forms: failing to pay the minimum wage; shorting workers on the hours they actually worked; failing to pay appropriately for overtime; taking restaurant workers’ tips; denying workers the paid sick days they earned under a growing number of state and local laws; not paying the final paycheck; or just not paying at all.

The practice is astonishingly common. The Economic Policy Institute estimates that more than $50 billion is stolen from working families every year due to wage theft. Wage theft actually eclipses the amounts reported stolen from robberies of all kind — all bank robberies, household robberies, street robberies, you name it.

The consequences are significant for the public. The U.S. Department of Labor commissioned a study in 2014 narrowly focused on one form of wage theft (violations of the federal minimum wage) in two states (New York and California). That study estimated workers lost $30-50 million every week, and the lost income pushed between 15,000 and 56,000 families below the poverty line and between 50,000 and 100,000 families more deeply into poverty. These families were denied around $6 million in Earned Income Tax Credit (EITC) benefits. The cost shifted onto the safety net, as well, to the tune of $8.5 million in increased need for subsidized school breakfasts and $16 million in reliance on SNAP benefits.

The second issue is workplace health and safety. The last thorough estimate, combining both official government data on traumatic injury and public health estimates of the harder-to-count occupational illnesses, estimates that approximately 15 people die every day from traumatic injuries on the job, and an estimated 53,000 people annually (about 145 per day) die from illnesses, such as cancer, that they contracted on the job. This means that an average of 160 people die every day because of their jobs — either the jobs they had that day or a job they held at some point in their lifetime.

The total economic cost of workplace illness and injury is a jaw-dropping $250 billion every year. That’s greater than the total cost of cancer ($219 billion), diabetes ($174 billion), and other public health risks that receive much more attention from the public health world. Compensation systems absorb only 25% of the cost, which means that the safety net and working families themselves absorb most of these costs.

It’s worth remembering, too, that people injured on the job are treated very differently from everyone else hurt or made ill in other settings. They are shunted into a secondary health care system, in which they have limited or no choice of health care provider, and in which an elaborate statutory regime (shaped by heavy employer lobbying) caps compensation and governs many treatment options.

How are the issues faced by immigrant workers coming to the fore for you? What are some of the ideas and questions you are grappling with as you enter this space?

We don’t have an immigrant rights program, but the Workers’ Rights Program has heard repeatedly from the field that some of the most vulnerable and affected populations are immigrant workers and their families. Unauthorized immigrants are at particular risk because of their immigration status: they fear, with justification, that challenging wage theft or unsafe working conditions can get them not only fired but also deported if the boss retaliates by calling Immigrations and Customs Enforcement (ICE).

Even migrants who have legal status are at heightened risk. Guest workers who come to the country on non-immigrant temporary work visas have legal status, but it is tied to the employer: if the employer fires them, they lose the right to stay in the country and continue working. In too many cases, these workers arrive indebted because of illegal fees charged by foreign labor recruiters as a condition of getting access to jobs (which cover the gamut: farm and ranch work, traveling fair and carnival work, domestic work, and other jobs, including professional jobs such as nursing and teaching).

Occupational Safety and Health Administration (OSHA) data repeatedly show that while fatal traumatic occupational injuries have trended downward for pretty much everyone else, they have increased for older workers, workers in subcontracted settings, and Latinos, in particular foreign-born Latinos. A survey in three cities found, unsurprisingly, that immigrant workers are at heightened risk of wage theft.

Basically, there is no way of serving low-wage and vulnerable workers without realizing that some of the most vulnerable and most at risk are immigrants.

The Trump administration’s new approach to immigration enforcement has only ratcheted up the risk. Workers are afraid of going to court over wage theft because ICE agents stalk the courthouse hallways. California’s wage and hour enforcement agency has reported that ICE agents have been seen in the vicinity of scheduled meetings and hearings over wage theft. A Massachusetts worker who had been disabled by an injury on the job and had scheduled a worker’s comp settlement meeting with his employer was picked up by ICE at that meeting.

What advice do you have for other funders who don’t see themselves as immigrant or refugee funders but who are starting to better understand how their issues are connected to immigrant families and communities?

Funders who do see themselves as focused on immigrant families are pretty diverse in terms of strategy: they might be focused on services and supports, such as English as a Second Language (ESL) classes, health clinics, and so on, or they might be focused on immigration policy. Those of us who aren’t overtly immigration-focused can take our cues from them. We don’t necessarily have to shake up our frameworks and strategies and become another “kind” of funder. All we have to do is ask ourselves – whatever the service, policy, or other approach defines our strategies – who is most vulnerable, who is most in need, and who is excluded or insufficiently served by the systems in place for everyone else. Inevitably, we will find that immigrant workers and their families are right there – at greater risk of all kinds of social, economic, and health hazards, and poorly served or not served at all by health care, social service, and legal and regulatory systems.

We might even find that some of our core grantees already have expertise and programs in place addressing this population. All we have to do is start asking that question.

If we don’t have grantees already working with immigrant families, there’s no shortage of support out there. Groups such as the National Immigration Law Center, Centro de los Derechos del Migrante, Justice in Motion, Farmworker Justice, the Migrant Clinicians Network, and more can provide critical technical assistance and guidance on ways that our work could and should connect to immigrant families and communities.

Many funders struggle to understand challenges and act using a comprehensive, non-siloed lens. What advice do you have for funders on working cross-issue? Why do you think this is important?

We’ve been adopting a strategy in the states that is pretty cross-cutting. We’ve been ramping up support in targeted states for coalitions or centers, with an eye for coalitions that have active agendas on both of our core issues (wage theft and health and safety). In turn, we provide general support or broad program support so they can have the flexibility they need to address whatever other issues arise for their partners or the working families they serve. This cross-cutting approach means that we aren’t trying to build duplicate (and more weakly-funded) advocacy infrastructures for each issue in isolation. It means that whatever the issues we prioritize now or that others see as important, there will be advocacy capacity in place to address them and issues that arise in the future. That capacity is a foundation for success.

At the same time, not every group can be expert in every issue. We supplement our cross-cutting state funding with national groups that have more focused (or siloed!) expertise. The Occupational Safety and Health Law Project has, as its name declares, focused expertise on workplace health and safety issues; Centro de los Derechos del Migrante is expert in migrant work policy issues, in particular guest work programs; and the list goes on. These national experts provide technical assistance across the country so their expertise does not have to be duplicated in miniature in every state; more generalist advocates for workers can turn to them when needed for advice and for ideas, and the lessons learned at the state level can bubble up to the national experts and get shared out in other states.